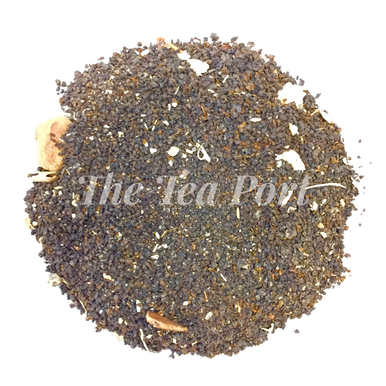 Throughout India stories abound as to who created the heavenly mix of spice and tea known as Chai.  One of the more believable theories holds that it was created by Indian gypsies hundreds, perhaps even thousands, of years ago.  Gypsies live in almost every quarter of the Indian sub-continent.  And although there are many different tribes with unique customs and stories, oral histories maintain that they all descend from the Lohar people, an ancient group of blacksmiths known to be fierce warriors.  Legend has it that the Lohar originated in the city of Chittorgarh but were defeated in a battle in 1308 and forced out of the city.  From that point on, they became a nomadic people and traveled by caravan wherever the dusty trail took them.

Hmm, if you think that sounds like the perfect opportunity for sampling and collecting spices from all the various and far flung corners of India, you’d be right.  Over the centuries the gypsies developed a very flavorful and spicy cuisine using whatever spices they had available to them in the different places they would stay.  Ginger…cardamom...cloves…coriander… the list is almost endless.  Being surrounded by incredible spices, a good cook gets a few ideas.  Now although nobody knows exactly when it happened, at some point, someone decided to try adding a mixture of spice to a pot of hot tea.  (At the time, gypsy tea was brewed using milk instead of tea in order to fortify the body during long caravan rides.) The spices blended with the hot milk and tea and created the most wondrous beverage.  Spiced chai was born!    Over the ensuing centuries, chai grew to become India’s most popular drink.  In fact, chai is as synonymous with India as oranges are to Florida.  Well, we’re pleased to bring you the exotic flavors of India’s most popular drink in this fantastic decaffeinated form.  A superbly smooth mixture of spices and a top quality Indian tea, this is one brew you’ll want to take with you wherever you go.  Brew a pot and transport yourself mentally to the gypsy camps of old – a magical tea!

This product hasn't received any reviews yet. Be the first to review this product!