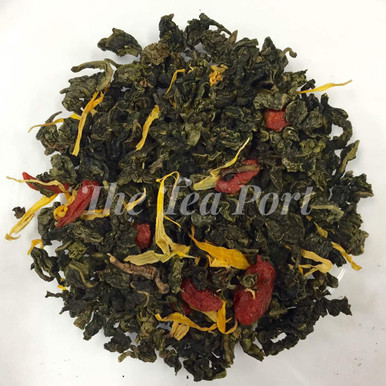 While it is only in recent years that the Goji Berry has begun garnering attention from mainstream health and wellness writers, the berry, which is actually the fruit of the Lycium barbarum and Lycium Chinese bush, has been getting rave reviews in China since at least the Tang Dynasty (618-907). During that time, poet Yu-Xi Lu wrote a poem in which he claimed that simply drinking water from a well near a Goji berry bush could help extend your time here on earth. But appreciation for the fruit didn’t stop there. A few centuries later in 1578, one of China’s greatest herbalists, a man named Shih-Chen Li, published the Materia Medica. In the book, Li notes that people from the village of Nan-Qiu were in the habit of doing two things: 1. Eating a lot of Goji berries. 2. Living an incredibly long time.